With a few recent 2019 finishers, it is only right for me to update my records in recognition of their achievements. With reference to another GB coast walker – David Cotton – and his superb website, this page has been put together as a tribute and record for others considering having a go or anyone with interest. These are the non-stop walkers I know of who have completed a walk around Britain (England, Wales and Scotland) without taking an extended break. I was looking to compile a list of sectional walkers too so as to make the picture complete as not everyone can take a year or more away from real life to do the lot in one go – however this has proved much more difficult than I first thought and I have abandoned that idea for a while. If you know of others or if you are intending to have go, please let me know. I have included anyone who claims to have completed 3,500 miles or more.

A few arrogant hardcore purists and glory boys might not agree with me, but the mileage total isn’t the issue. There is no official route or way of doing such a walk. It doesn’t need to be a full kit carrying, high tide line scramble around every cliff to count as a huge achievement. Each person has set their own rules or objectives and some have tried to follow in the footsteps of previous walkers. Unlike one self-proclaimed champion walker who dismissed my effort and mileage using the words “I am a little concerned at your low mileage”, I wouldn’t deign to belittle the effort of anyone. OK, so maybe more than one person has exaggerated their achievement a little, but they only delude themselves. A truly well deserved congratulations to all.

And don’t forget the people who tried but for one reason or another, had to give up. Injury, exhaustion, illness, lack of resources / planning or personal needs can strike all too easily over an extended period. My research has revealed an approximate 50% success rate for those daft enough in the first place to make an attempt.

For the record I have worked out that non-stop GB Coast Walkers have raised about £0.8 Million for charity to date. That’s got to be something! 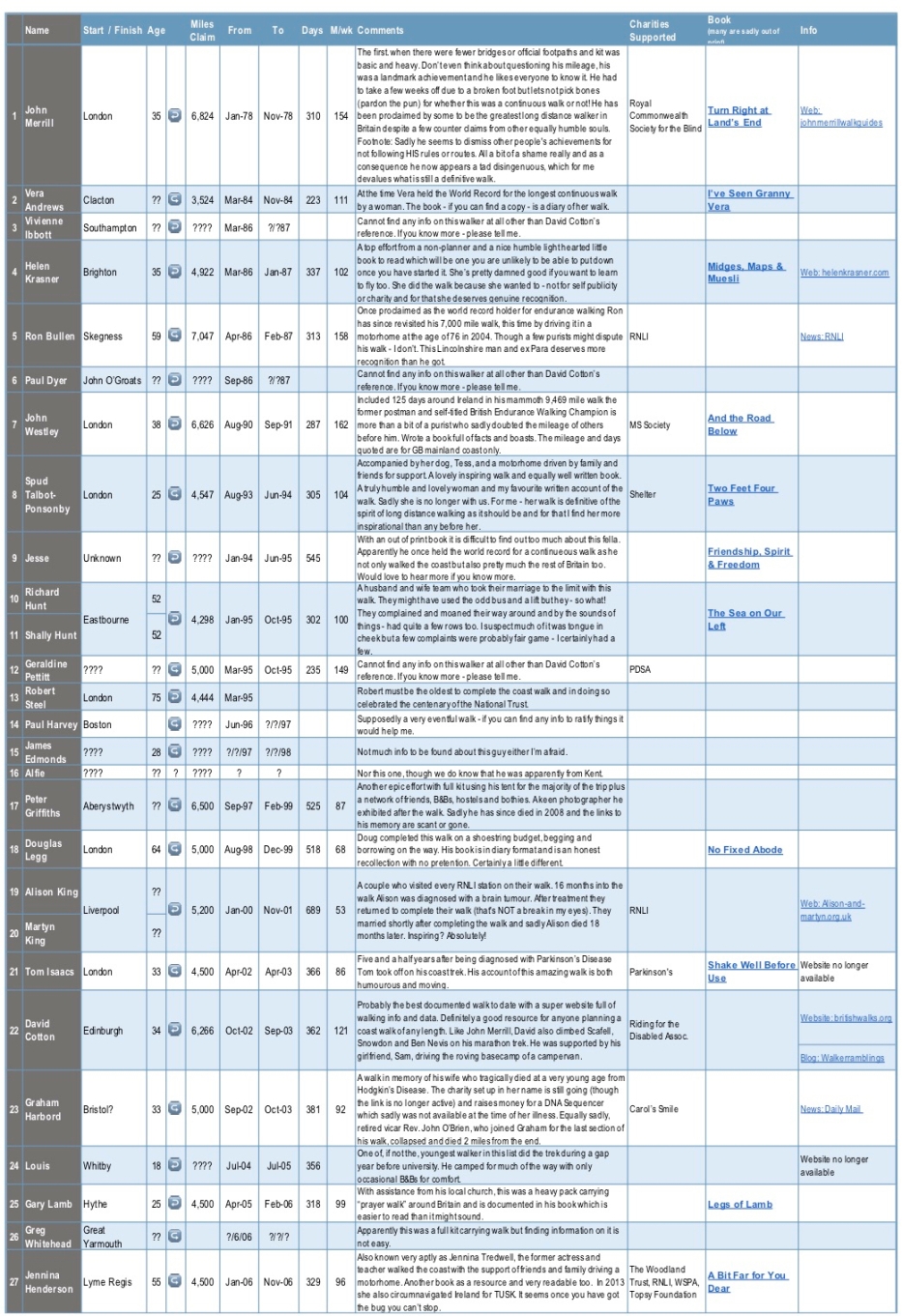