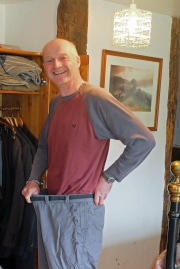 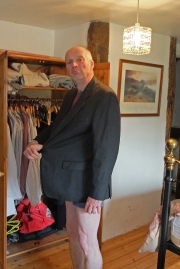 I might have made it home but I was still feeling numb. The last few days had all been more than a little surreal and though many people had kindly told me what an extraordinary feat I had just completed, I didn’t feel as if I had done anything special. I was still the same pretty ordinary person and as far as I could tell I hadn’t changed in any way, other than losing a fair bit of weight and developing two small tree trunks for legs. As far as I was concerned, if I could do it, pretty much any able-bodied person could. The only things that held me back from doing it sooner were the opportunity and support to do it and for that I was a lucky bunny. Walking had just become a normal daily activity with normal daily routines. Nothing at home would seem normal and I didn’t have any routines. 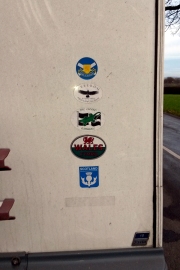 According to all reports, life at home had been far tougher than walking around the coast. Everything was intact and certainly tidier than when I left my chaotic mess back in February. The house was immaculate and I was loathed to untidy things by emptying my rubbish back inside. Kate had more than done her bit and by lunchtime on day one of my return I had emptied the entire contents of Snickers into one spotless room, thus converting it into a large unsightly heap of plastic bags. Snickers had done me proud and by emptying and winterising her, she quickly lost the homely weather shelter feel she had come to represent. It was now just an anonymous motorhome with a few travel stickers to show off and one I needed to sell fast to make sure that bills could be paid beyond Christmas.

After a cracking home cooked roast lamb Sunday lunch, I took the dogs out for a quick stroll around the village and returned to Kate and nice fire in the log burner. A nice homely first fire of the winter was a perfect welcome back to reality. Kate had left a very large scented candle on top of the stove and was kept from dozing off on the sofa by a repetitive waxy drip. A quick mop up with some kitchen towels would solve that and the smell was actually very nice. Putting the wax soaked kitchen roll on to the fire was the mistake and that was, I cannot deny it, my idea. The roar up the chimney was that of a smelting furnace and I nipped outside to see a large smoke plume indicating that a new pope had been duly elected in a Leicestershire village. However, the smoke was followed by sparks, lots of them. Inside again, a peek up the chimney confirmed that it was indeed burning very nicely. A quick 999 call and the discharge of a small powder extinguisher helped ease the threat to the thatched roof of the cottage next door. But it wasn’t until three firemen had fully watered things down and removed a few bucket loads of smouldering debris that Kate saw the funnier side of life again. The experience had briefly thrilled one teenage daughter enough to Snapchat her friends but the post match summary was always going to blame me and as I’d forgotten to mention that the chimney needed a sweep when I left back in February, the root cause of this incident was undoubtedly sitting in my domain.

With the house looking like a tornado had swept through, I was home. Despite the slow loathing acceptance of a slightly sulky large four-pawed male, two missed dogs were soon happily trudging their muddy paws throughout the house, laundry piles were chest high and a combined smell of scented candle and smouldering chimney filled the air.

Over the next few days I pfaffed around the house trying to put some order back into my life. Gbcoastwalk still dominated and would as likely do so for a few weeks what with the self-imposed secrecy of the drivers’ diary to read, a mountain of photos to sift through and a coastal trail of emails to look at. However, with any restoration of normality would hopefully come some direction. Two priorities headed the list Christmas and work. 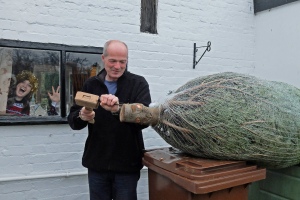 With the arrival home of my eldest daughter from university, Christmas had to begin first and a trip to a nearby garden centre with both girls saw my youngest select the biggest and most expensive tree. My guilt of absence made me buy it and it was soon netted and squashed into the back of my freshly taxed and serviced car with a lingering doubt that it wouldn’t actually fit in the room for which it was intended. It didn’t. Soon I was delving into the garage for a saw, a chisel or two and eventually my electric planer. An hour later and with an additional scissor applied top trim it fitted, just. 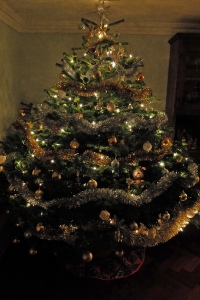 The only thing left for me to do was the usual untangling of wires ceremony and a bulb fiddling session to find a couple of decent working sets and I left the girls to decorate without my usual interfering hand. Maybe I had changed a smidge.

As for work? I had none. The bills needed paying and urgently. My budget for the year would run out in January and I would have little option other than to find proper work again. It was unlikely that the walk would lead me in a different direction, but I still hoped that some of the photos and maybe even a write up or book of my rather strange year might reap a few mortgage relieving pennies. A book had been suggested by quite a posse of friends and blog readers. It was very kind of them to do so, but I supposed that everyone would just have to wait and see. With little confidence in my punctuation and grammatical skills, I was still to be convinced. In the meantime and with no other projects or plans even vaguely considered, some sort of normal service resumes. I must plan to make a plan. At least I know I can knock up a workable plan.

So therein lies a series of 101 blogs. Whether they are worthy of keeping, only time will tell. A few GBcoastwalk questions remain: 1) Do I continue to blog?  2) Do I now remodel this website into a coastal walk reference? 3) Which Flickr photos are the best? 4) What the hell do I do with over 1,300 photos? 5) Book or no book? 6) Anyone want to buy a motorhome?

With one big item ticked off my bucket list I now know that dreaming up the idea was the madness, believing I could do it was the tough bit and achieving it required hard work and single-minded dedication. The last element could have alienated my family and the outcome of my selfish quest needed their full support to succeed, for which I am eternally thankful. I am also thankful to the entire support crew for their time, their money and for holding their nerve when driving Snickers down narrow lanes (see credits page). The one thing I have learnt more than anything is that I have a large band of truly great family, friends and relatives. 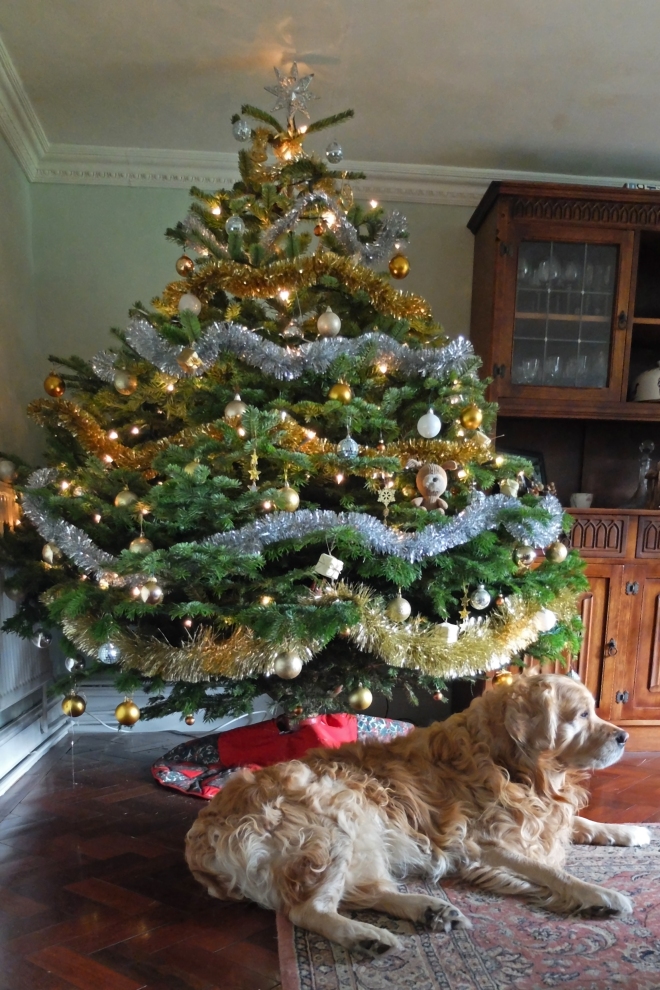